Skip to content
In Light of COVID 19 – Are You Too Confident in Your Investments? 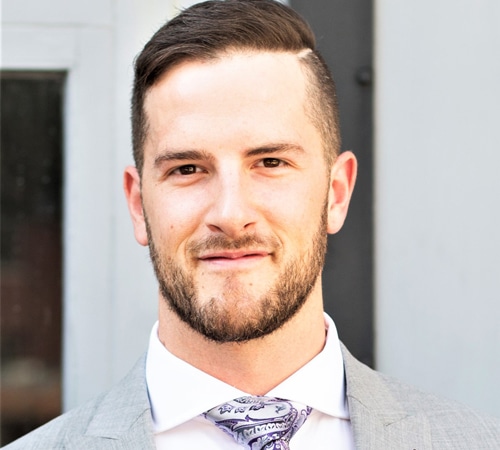 In Light of COVID 19 – Are You Too Confident in Your Investments?

If you watch the news at all … then you know that the world can be a scary place. From “Snowstorms of the Century” to “Artificial Intelligence Taking Over the World”, every news cycle has at least one catastrophe that could end mankind as we know it. It’s tough to keep up!

For many people, money is on the list of things to worry about. Do you have enough money saved up? Is it in the right accounts? Are you invested properly to meet your goals? The list goes on and on.

Money worries affect almost everyone. No matter what your account statements say, you want to make more money with the least amount of risk possible. That’s a worthy goal, right?

So, let’s talk about risk.

“Risk” is a loaded word. People use it to mean different things, and sometimes that can lead to confusion. Today, I want to zoom in on “risk perception.”

According to Wikipedia, risk perception is defined as “subjective judgement that people make about the characteristics and severity of a risk.”

That’s a fancy way of saying “how risky something FEELS.” Risk perception answers the question, “Is this risk causing you to lose sleep at night?”

Therein lies a problem. Humans aren’t very accurate at judging certain risks. Sure, everyone knows that putting a hand on a red-hot stove is a bad idea. But when it comes to something like money, your feelings about risk can be misleading.

You may lose sleep when there’s no good reason to be worried. Or, you may think everything is fine and sleep like a baby – when your risk is much higher than you realize.

Let’s use Aunt Sally as an example.

Aunt Sally hears her neighbor Bob go on and on about the cryptocurrency market. Bob is confident that crypto is the way of the future. It’s the next millionaire-making investment. And Aunt Sally wants to get in on the action.

Aunt Sally loves cats. She has proudly rescued 12 strays, and she’s convinced that Catcoin is where she should put her hard-earned money. (Believe it or not, Catcoin is real!)

So, Aunt Sally hands her life savings over to Bob … in cash. Bob returns from the next crypto-convention and reports that he has invested Aunt Sally’s money in Catcoin for her. Aunt Sally sleeps like a baby, dreaming of a new cat mansion she’ll buy with all the money she makes from Catcoin.

Sure, she’s sleeping well. She THINKS everything will be fine. But that may not be true. She has no proof that Neighbor Bob ever invested her money in Catcoin. Perhaps she should pay attention to that brand-new BMW he drove home from the convention? And, even if he did invest the money as he had promised, history suggests Aunt Sally has reasons to be concerned.

Bottom line: Just because you sleep soundly at night doesn’t mean you have nothing to worry about. The opposite is also true. You may be worried sick about your retirement investments … when there’s no valid reason for that.

So what should you do?

Talk to the experts. Ask those who have the knowledge and experience with investment risk. That way, you can KNOW if your worries are justified or not. And, more importantly, you can DO something to limit your investment risk to an acceptable level.

And that is a recipe for taking money off your “worry list”.

Have you ever had a crazy investment where you made big bucks? Or lost big? Do me a favor and reply in the comments below with the best or craziest investment you’ve ever made. We’d love to hear your story.

And, next time you’re looking over your investment accounts, give our team at MDL Financial Group a call. We can make sure your retirement plans are in line with your goals … all without betting the farm on Catcoin.

When Gabriel is not crunching numbers, you can find him accompanied by his beautiful wife Ana and son Théo, either on the golf course in the summer or the ski slopes in the winter. His dream has always been to take over the family business as he saw first hand how much impact his father had on shaping peoples lives and creating long lasting legacies. Gabriel has a true passion for financial literacy and he believes everyone should have access to solid financial education.

The Best Way to Preserve and Maximize Surplus Cash

Gabriel Lalonde September 30th, 2022 The Best Way to Preserve and Maximize Surplus Cash As an owner-manager of a private Canadian corporation, you ...

How to Efficiently Organize Your Business Taxes

Gabriel Lalonde September 7th, 2022 How to Efficiently Organize Your Business Taxes You have substantial assets and a long-term commitment to your business ...

Which Structure Is Right for Your Business?

Gabriel Lalonde August 17th, 2022 Which Structure Is Right for Your Business? The proper business structure can be the major difference between a failed ...